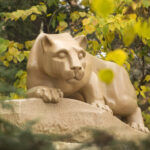 The embodiment of the Penn State spirit for many is the statue of the Nittany Lion, situated in a small grove of trees to the east of Rec Hall. It is quite likely the most photographed place on the campus. Hundreds of thousands of students in caps and gowns at graduation, couples in wedding garb, […] 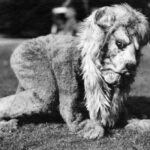 The Nittany Lion is Penn State’s beloved mascot, “storied in song and legend.” It takes its name from Mount Nittany and the mountain lions that once roamed there and across Pennsylvania. Today, the Lion mascot is ubiquitous across campus for sporting, philanthropic, or any event that inspires the cheer “WE ARE … PENN STATE!” 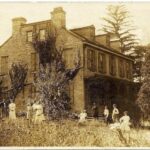 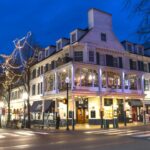 The Hotel State College is a State College landmark, known as the home of the popular Corner Room restaurant. In 1855, James Jack opened “Jack’s Road House” at the corner of College Avenue and Allen Street. At the time, the hotel was a resting place for travelers waiting for trains across the street. 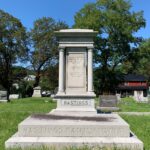 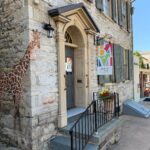 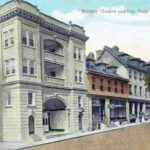 Public motion picture screenings in Centre County paralleled the growth of the movies as a popular form of public entertainment in rural and small-town America in the first half of the 20th century, and their transformation to part of a wider range of entertainment in the late 20th and early 21st century.