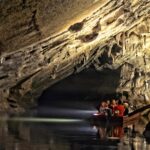 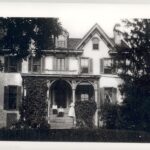 The Centre Furnace Mansion, originally the home of the furnace’s ironmaster, was the meeting place for the founding of the institution that became Penn State. The mansion on East College Avenue is now a historic house museum and the headquarters of the Centre County Historical Society. In 1791, two Revolutionary War veterans, Col. John Patton […]

Roland Curtin was founder of the Eagle Ironworks and patriarch of the Curtin family that included a son who was Pennsylvania’s governor during the Civil War. Curtin, a native of Ireland, moved to the Bald Eagle valley in 1797. He lived in Milesburg initially but later moved to Bellefonte, Centre County’s new seat of government, […]