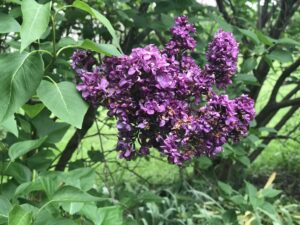 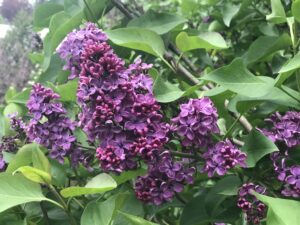 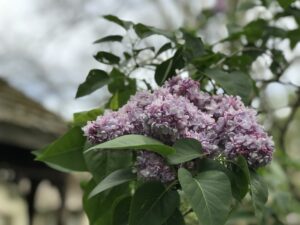 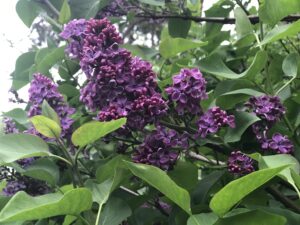 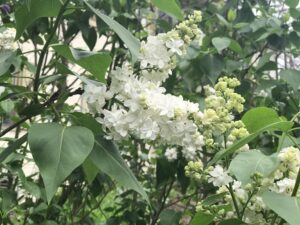 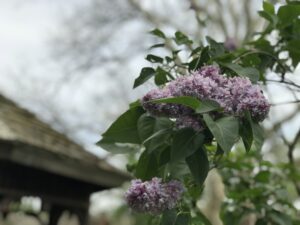 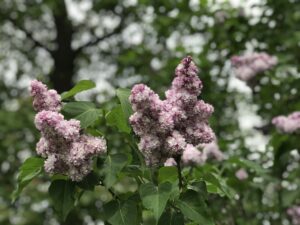 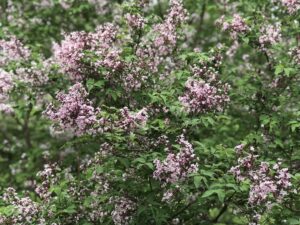 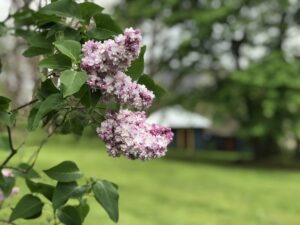 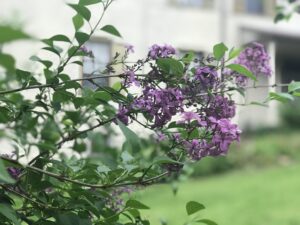 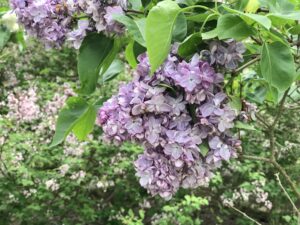 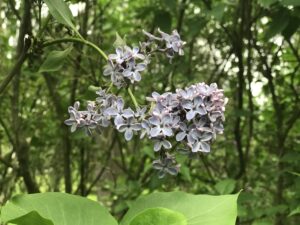 A gift for the purchase and planting of approximately three dozen period lilacs was given to the Centre County Historical Society in 2005 to honor Laura Bower with her favorite flower. This rich collection, given in her memory by her son, Jeffrey M. Bower, has been named Laura’s Lilac Bower. Lilac varieties have been chosen that date from the late nineteenth and early twentieth centuries; range in color from white to pink and magenta, and from violet to purple and blue. Miss Ellen Wilmot, Montaigne, Marechal Foch, DeMiribel, Monge, and President Grevy are some of the single and double-flowered examples. They will be blooming each May.

Lilacs (Syringa) were a favorite with the Victorians, as well as a frequent landscaping choice by Centre County residents well into the 1900s. Despite the many changes that have been made to the Mansion grounds over the years, three lilac shrubs have survived from an earlier time and serve as companions to this wonderful new collection.

The lilac collection was installed by volunteers led by the Centre Furnace Mansion Garden Committee during the 2005 and 2006 PNC United Way Day of Caring.

Laura’s Lilac Bower comes into to bloom in succession with early to late bloomers at the Centre Furnace Mansion typically starting in early May.