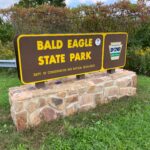 Bald Eagle State Park is a 5,900-acre recreation and wildlife area in the Bald Eagle Valley of Centre County. It opened in 1971 and is known for its popular lake, which is surrounded by forests, wetlands, and fields. The park is named for the Lenape chief, Woapalanne, which means “bald eagle.” Chief Woapalanne lived in […] 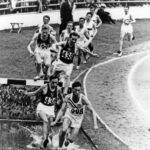 Horace Ashenfelter was a Penn State graduate, Olympic gold medalist, and world record holder in the 3,000-meter steeplechase. The Collegeville, Pennsylvania, native was a four-time All-American as a member of the Penn State track team and the two-mile NCAA national champion in 1949. Ashenfelter, then a field agent for the FBI, was the surprise winner […] 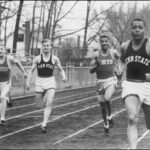 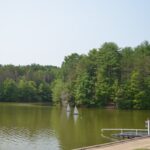 Colyer Lake, created in 1966 by damming Sinking Creek, gave Centre County residents more opportunities to enjoy the outdoors on the water and in the woods. The 77-acre impoundment in Potter Township has become a centerpiece for fishing, boating, hiking, and observing wildlife. 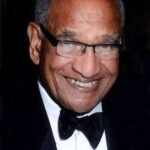 Hugh Jesse Arnelle was a two-sport star at Penn State, a distinguished corporate lawyer, and the first Black trustee of the university. The native of New Rochelle, New York, who went by his middle name, was recruited to Penn State in 1951 to play wide receiver for Coach Rip Engle’s football team. But it was […]

Talleyrand Park is a popular community recreation and gathering space alongside Spring Creek in downtown Bellefonte. The park is named for French diplomat Charles Maurice de Talleyrand, who on a visit to Pennsylvania in the 1790s spent a night in Bellefonte. Local legend credits Talleyrand with giving the borough its name when, upon visiting the […] 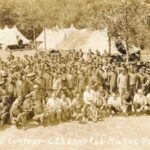 The Civilian Conservation Corps was a government jobs program, conceived during the Great Depression, that put thousands of unemployed men to work primarily in state and national parks and forests, including four sites in Centre County. The CCC was one of the New Deal government programs that President Franklin D. Roosevelt proposed soon after taking […] 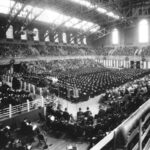 The Recreation Building, better known as Rec Hall, is a multi-purpose indoor athletic facility that has been the historic home of several Penn State athletic teams. The building, constructed of red brick with limestone trim, was designed by architect Charles Z. Klauder and completed in 1928 at a cost of $527,260. It formally opened in […]