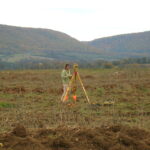 Archaeological excavations conducted in 2009 and 2010 by Heberling Associates, Inc., unearthed the foundations of the Valentine iron ore washing plant, which operated from 1887-1898. Also found were pieces of machinery and the tools used by the men who worked there.

Those Who Came Before – The Archaeology of Centre County’s Native Americans, explored the rich history of the people who lived in Central Pennsylvania for thousands of years before Euro Americans arrived.  This exhibit was presented in 2011 by the Centre County Historical Society, the Bald Eagle Archaeological Society, and the Matson Museum of Anthropology […]

Objects like samplers and fraktur often hold important historical context and family history. Examples in the exhibition are from Centre County, and more broadly Central PA for the most part. 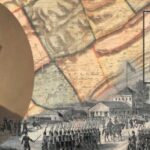 Pennsylvania’s important role in the Civil War cannot be denied. Over 360,000 soldiers, including 8,600 African Americans, fought for the preservation of the Union while valuable resources such as iron, steel, and agricultural products helped to sustain the effort. Those along the southernmost part of the Commonwealth had a direct view of war through battles, […] 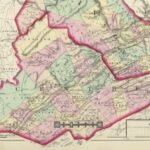 An Alphabetical Look at Places and Spaces around Centre County A Aaronsburg (Haines) — Philadelphia land speculator Aaron Levy laid out the village of Aaronsburg in 1786. It was the earliest town in what would become Centre County, along its earliest road. Aaronsburg’s location near the geographic center of Pennsylvania probably prompted Levy to propose […] 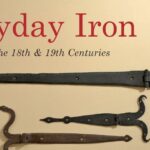 Everyday Iron explores the progression from “furnace to market”, with a special emphasis on the role of the blacksmith. This exhibit featured a rich and wide variety of over 100 iron artifacts from CCHS, private collectors and other local historical organizations, this broad range of artifacts made of iron punctuates its importance in the economic […]