Pennsylvania’s important role in the Civil War cannot be denied. Over 360,000 soldiers, including 8,600 African Americans, fought for the preservation of the Union while valuable resources such as iron, steel, and agricultural products helped to sustain the effort. Those along the southernmost part of the Commonwealth had a direct view of war through battles, Confederate occupation, and the destruction of entire towns such as Chambersburg. While Centre Countians did not experience the Civil War in the same direct fashion, their lives were impacted on every level.

An uncommon mix of opposing political viewpoints became one of the facets of life during the War. The town of Bellefonte was the home of Governor Andrew Gregg Curtin, a Republican and dedicated supporter of Abraham Lincoln. It was also the location of a community of free black people that comprised 51% of the population,….of which went to war after the Emancipation Proclamation went into effect. Outspoken voices emerged in publications such as the Democratic Watchman as editor and part owner Peter Gray Meek expressed his deep feelings of opposition for the President and for the continuation of the War. The Republican counterpart, the Bellefonte Central Press supported the Governor and preservation of the Union regardless of cost.

The soldiers and their families felt the greatest effects as sons, fathers, brothers and husbands faced the perils of war first hand and related it to their loved one’s back home. Their absence resulted in shifting responsibilities and economic difficulties as those left behind struggled to work the farms, maintain the businesses, and continue with a life that was uncertain, for reasons that were not always clear to them.

While much has been written about Centre County’s military history, such as the 148th Regiment and the Bellefonte Fencibles, it is a part of a larger story, which the Centre County Historical Society explores in this exhibit, Centre County and the Civil War.

Click on the links below to view and read the exhibit panels and brochure for this exhibit. 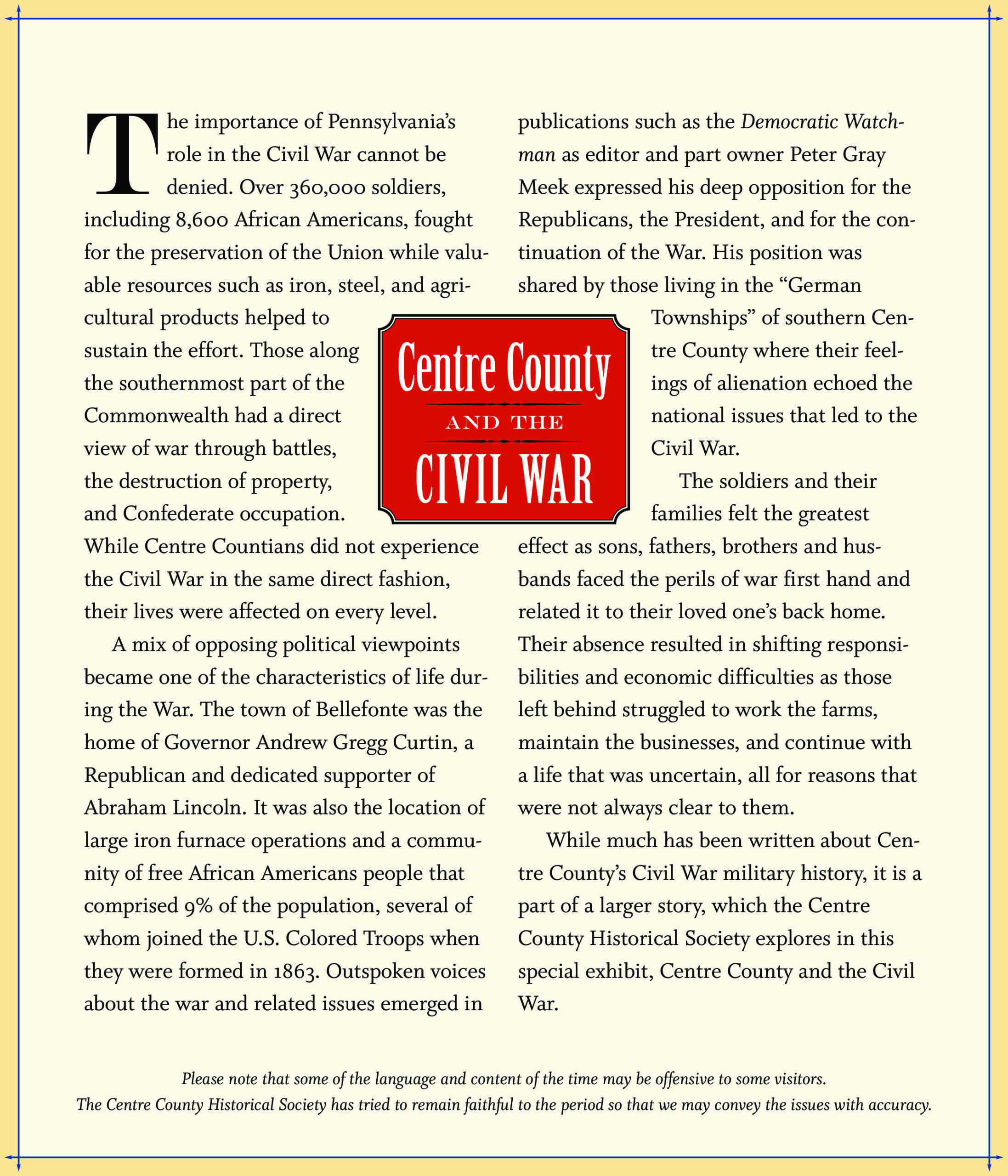