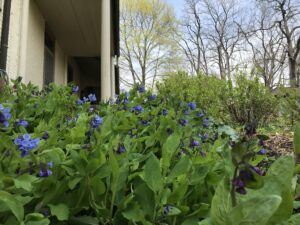 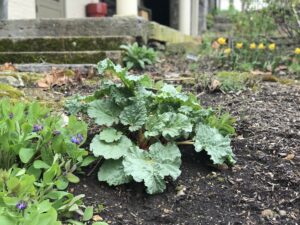 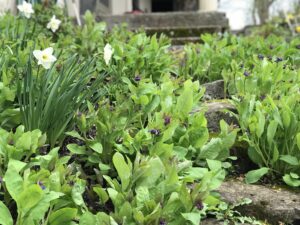 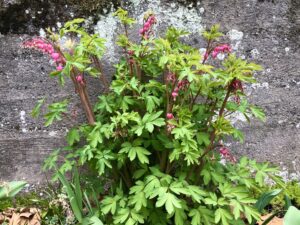 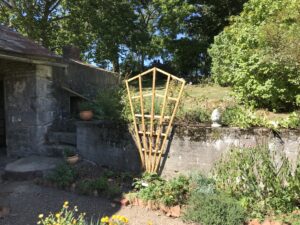 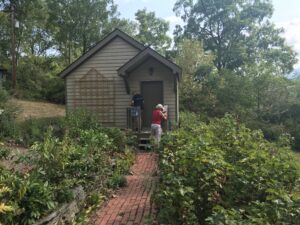 Kitchen gardening is steeped in history. During the first half of the nineteenth century, the outbreak of Asian Cholera in the urban areas of America had a great impact on the way of life in rural America. As an alternative to the unhealthy urban life, all of the positive aspects of gardening (a diet with plenty of fresh vegetables, physical exercise, spending time in the garden and country living became the vision of the good life in America. The kitchen garden was probably the main source of most vegetables, herbs and fruits, for the Thompson family. Due to the lack of availability of fresh produce, it was designed to provide food for the four seasons, so plants were rotated and harvested at different times of the year. With such great dependence on the land and the plants available, it is easy to see what a significant role the Kitchen Garden had in Victorian life. It was the primary source for the family’s nutrition, remedies, cleaning materials and cosmetics. The Thompson Family’s home was located far from a major city and the services were probably very limited. Necessity prompted the careful planning and maintenance of a “working garden”.

There is historic documentation that there was a large truck garden to the east of the Kitchen Garden during the Thompson era where produce was grown and sold to the public. The word “truck” was used in a different way than we think of today. It was not a roadside stop, but rather part of the functioning larger Centre Furnace enterprise.

In the Victorian landscape design, inspired by Andrew Jackson Downing, the focus would have been on ornamental plantings and grassy areas. The practice was to shield the “working”, or functional areas from the public view. The Centre Furnace Mansion Kitchen Garden is located in an enclosed courtyard on the north side of the home, and not visible from the main entrance or greeting areas. The concrete steps next to the springhouse were probably added along with the expansion of the main level of the house. The location of the steps and their proximity to the new kitchen that the Thompsons added in the 1846, and archaeological evidence indicates that a garden existed in that location.

The current Kitchen Garden at Centre Furnace Mansion is smaller than the typical vegetable/herb garden that would have originally existed. When work on the Mansion restoration began, the garden, where we see it today, was an overgrown area. Some of it had been cemented over sometime between the 1920’s and 1975. There was a large Norway maple where the sundial stands today.

But it was Marian Jones, who worked in Penn State’s College of Science for nearly 50 years, who was the kitchen garden’s principal creator. She planned, planted, weeded and tended Marian’s Garden for more than a decade. She determined what went into the garden, and planted many of the hosta, primrose and bluebells along the side of the Mansion. With the help of a Boy Scout earning the rank of Eagle Scout, she installed the stone steps leading to the front lawn.

Over the years, the changes made to the Centre Furnace Mansion’s kitchen garden have been planned to recreate the type of garden the Thompsons might have had. The variety of plants which appear in the Kitchen Garden remind visitors of the dependence the family had on the vegetables, flowers, and herbs that suited their respective needs.

The restoration of the kitchen garden and the areas surrounding it has become an evolving endeavor, which combines a shared interest in the garden of the past, with a goal to preserve, respect, and appreciate the kitchen garden for the future.

The kitchen garden, in its simplicity, stands as a tribute to the hard work of our Victorian ancestors. Amidst the stately trees and attractive flowerbeds, the kitchen garden contributes to the beauty of the grounds.

The Spring House Garden graces the perimeter of the historic Spring House that is connected to the Centre Furnace Mansion and wraps around to the Kitchen Garden. This small garden hosts a large variety of roses and perennials giving the garden interesting colors and texture throughout the growing season.