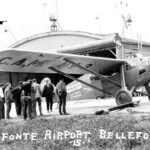 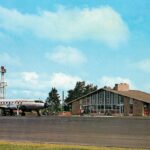 Mid-State Regional Airport was created as an emergency landing field for pilots and later became the home of commercial flights from Centre County. With the construction of University Park Airport, Mid-State is now primarily used by private pilots and is a central point for the coordination of fighting forest fires. The airport is situated on […] 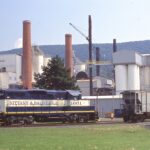 A quest for natural resources shaped the development of Centre County’s rail network, beginning in 1859 when the Bellefonte and Snow Shoe Railroad began hauling coal and timber from the Mountaintop area to the Bald Eagle Valley. 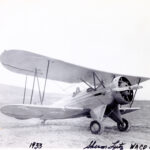 Sherman Lutz was an aviator, flight instructor, and advocate of commercial flight in Centre County. In 1932, he built an airport in Boalsburg that was primarily a flight school where he supervised the first solo flights of 476 pilots. 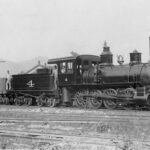 During its ninety-year lifespan, the Bellefonte Central Railroad hauled nearly 16 million tons of Centre County limestone and lime to connecting railroads for distribution to industrial customers in a dozen states. For more than five decades, the railroad also made daily passenger round trips to State College.