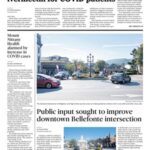 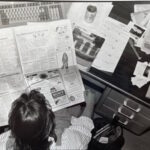 Since 1887, the perennially youthful journalists of The Daily Collegian and its forebears have recorded the first draft of the history of Penn State and its students. Throughout its history, students have run both the editorial and business sides of the enterprise, aided by a small staff providing management, professional advice and technical support. In […] 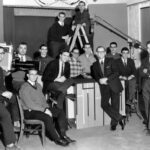 Over-the-air television came to Centre County on September 15, 1949, as WJAC began “telecasting” from Johnstown. Originally assigned to channel 13, WJAC switched in 1955 to channel 6, a more favorable frequency. WGAL, in Lancaster, originally channel 4, went on the air on March 18, 1949, although its signal was not powerful enough at the […]

The history of radio in Centre County has been shaped by technological developments, social change, and commercial interests. Radio is an intimate medium, and local stations are often the only stations available to listeners, even as they are shaped by distant economic trends and federal regulation. With notable exceptions, most radio programming has been the […] 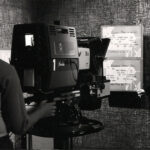 Penn State’s Weather World is a weekday weather telecast begun in 1957 by Charles Hosler, dean of Penn State’s College of Earth and Mineral Sciences, who sought to provide more accurate weather forecasts for Pennsylvanians. Since its inception, many professional meteorologists have received their initial television experience on Weather World and have gone to provide […]